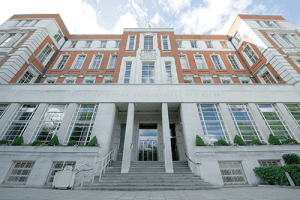 The Internet of Things Security Foundation (IoTSF) has been launched and has announced plans for its inaugural conference. The event is part of the IoTSF mission to promote security excellence throughout applications of IoT.

Taking place on December 1st at the recently refurbished Savoy Place in London, it follows on from the successful IoT Security Summit held earlier this year at the world famous Bletchley Park which helped to establish the need to create the foundation. As such, the event will further help to move the industry beyond alarming stories, bring an industry together and provide case examples of how security exploits came about and be prevented in future. Automotive and consumer are likely to feature prominently.

John Moor, director of IoTSF said “this will be the first official conference of the foundation yet it seeks to maintain the quality and the momentum achieved at Bletchley Park earlier this year. We intend to provide delegates with a rich and valuable combination of knowledge and networking. As such, we are also interested to frame the conference with an accompanying expo and welcome interest from suppliers and other stakeholders wishing to raise their profile. International participation is especially welcome”

Speakers will be announced shortly – to register at the early bird rate or receive updates visit the Internet of Things Security Foundation website at www.iotsecurityfoundation.org