Leads member efforts to advance state of security in IoT

The IoT Security Foundation (IoTSF) is pleased to announce that Founder Member Richard Marshall has been appointed Chair of its Plenary Group. Richard is Managing Consultant at Xitex Limited, which provides consultancy on defining and launching connected products with emphasis on creating secure IoT products and their secure supply chains.

Richard is an industry veteran and brings a wealth of experience to the role, ranging from start-ups to large enterprises. He has spent over 25 years in the electronics and communications sectors, having worked for Lucent Technologies, Sony, Cisco and also being a founding team member of Ubiquisys and nSine. At Ubiquisys, and subsequently Cisco (after its acquisition in 2013), Richard was the security advocate, technology champion and secure manufacturing supply chain architect for 3G cellular small cells.

As Chair of the Plenary Group, Richard will lead the implementation of IoTSF’s strategy. The Foundation’s objective is to drive the pervasiveness of IoT security, improving its fitness and end-to-end quality. The Plenary Group is an important piece of the delivery plan as it is the central members’ forum where concerns are identified and active working groups determine the corresponding measures to address the challenges. Typical outputs from the working groups are best practice guidelines which satisfy the simple requirements of being useful, accessible and crucially, actionable. A current priority for the Plenary is to determine a certification scheme which will help an organisation’s suppliers and customers build an IoT “supply chain of trust”.

Dr. John Haine, Chair of the IoTSF Executive Steering Board, said: “We’re really pleased to welcome Richard as the Plenary Chair. It is important that the IoTSF membership is able to determine its technical priorities and organise its’ work, and Richard’s combination of experience and talents will be a real boost in that area. I also look forward to Richard participating ex-officio in the Board.”

Upon appointment, Richard commented “I see the issue of security as a cornerstone to the adoption of the Internet of Things which has so much to offer the world in terms of increased efficiency of operations and future innovation. The industry urgently needs to address the issue of security or face the risk of heavy regulation and a potential loss of confidence in the markets. As someone who has championed security for internet based wireless products for both residential and enterprise domains, I am honoured to be leading the Plenary. I am excited by the challenge of promoting IoT security through the Foundation and looking forward to working with members in learning, evolving and conveying the importance of best-in-class practices for the delivery of fit-for-purpose security to the emerging world of IoT.”

The Plenary Chair also takes a seat on the Executive Steering Board and Richard will report on implementation plans. One of his primary goals will be overseeing the delivery of output from the Working Groups, demonstrating by action that IoTSF is not only a thought leader, but also a pragmatic vehicle for improving IoT security. One key objective towards that endeavour is defining and creating awareness of IoTSF’s self-certification programme. 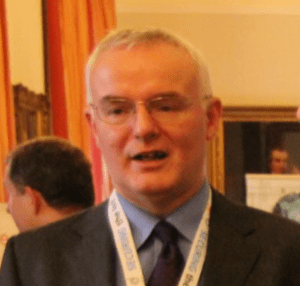 Richard Marshall: “I see the issue of security as a cornerstone to the adoption of the Internet of Things… I am honoured to be leading the Plenary.” 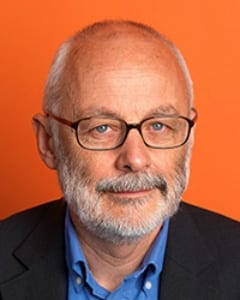 Dr. John Haine: “We’re really pleased to welcome Richard as the Plenary Chair… Richard’s combination of experience and talents will be a real boost”