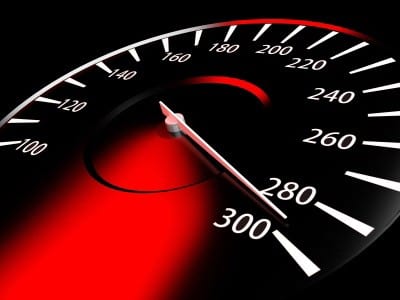 The Internet of Things has been redlining the hype-o-meter for several years. Pick your favourite analyst for the global economic value figure and it is likely to be somewhere between $1.9 (Gartner) and $14.4(Cisco) trillion by 2020. It is therefore little wonder that virtually all businesses within the electronic-systems life cycle and beyond are eyeing ways in which to take advantage.

It is not just business either, David Cameron has stated his ambition to make the UK the most digital nation within the G8. As part of that assertion he recently asked the Government’s Chief Scientific Advisor, to conduct a review as to how the Internet of Things might help us achieve that. In the final report, Sir Mark Walport made 10 recommendations for government to take forwards but noted that successful delivery would require a close partnership with industry, the UK research base, the public, other national governments and international organisations.

Whilst the Internet of Things means many things to many people (and there are many definitions), I find it useful to think of it on three levels:

This makes it a tricky concept to fully understand but whichever way you cut it, the IoT will be at least transformative, and quite often disruptive.  To paraphrase David Cameron, the IoT will “boost productivity, keep us healthier, make transport more efficient and reduce our energy needs”. It’s clear why governments should be interested.

Yet it is also easy to trivialise the IoT when exposed to, what I call, the speciation of consumer gadgets looking for a market. We’ve seen examples of white goods suggesting they will make our lives easier (do not mention toasters!) , or quips from journalists such as David Manners when he reported a new killer app had been found for the IoT in “odd  sock syndrome” – and for the record, I like David Manners, he makes me smile. Leaving the nonsense behind (market and Darwinian forces will take care of them in time), it is clear to those of us who have been around a while that, beyond mobile, the IoT is the next big thing (and mobile gets new life with the IoT).

At NMI, we’ve been observing the evolution of the IoT since we first looked at the major trends pointing this way. Our Future World Symposium (FWS) was built on connectivity, embedded smarts and (what we called at the time), the other stuff which electronically-enabled systems (sensors and actuators). Our vision was quite simple, once you’re in the digital domain innovation will explode – the original name for FWS was the Digital World Symposium (but that’s a different story).We’ve been considering what more we can do, as a trade association, for some time to help it along. We’ve been very deliberate to avoid adding to the mountain of hype that already exists and the many initiatives which have exploded. Yet now is the time to act as we look to bring together a UK community around an important theme which is built on what we like to call “deep tech” (as a counter measure to other types of hype which surround “digital” – see Stan Boland and Sir Hossein Yassaie’s talks at the 2014Industry Summit ).

The answer? A focus on IoT security.

Why IoT security specifically? Good question – there’s plenty to choose from but this is one area we believe a focused effort from a UK base will make a real difference. In numerous surveys and research articles, IoT security is regularly identified in the top 3 challenges to the deployment (and adoption) of the IoT. Indeed, at the Liberating the IoT event ARM hosted last October at London’s Science Museum, Simon Segars, CEO of ARM, discussed three major challenges to adoption which industry faced together (and subsequently wrote about in the NMI Yearbook): standards, security and privacy.

There is plenty of work underway at present on standards – indeed the old adage of “the great thing about standards is that there’s so many to choose from” could be true (but I couldn’t possibly comment). Privacy is a huge issue. We do not believe that an industry body will ever likely be able to solve that particular challenge – indeed, we see the differences of opinion across continents and that is unlikely to be resolved anytime soon. But security? That is an area where we could make progress. As a nation-state with strong and trustworthy credentials, as a representative of an industry of deep tech and engineering excellence, security is prime for us all. And that is exactly what we have in mind.

We set out to test that assertion earlier this year and this far in we’ve yet to hear anyone tell us that it’s all done and dusted. Indeed, quite the opposite – the expanding attack surface of the IoT is a paradise for hackers; from those looking to grandstand or cause nuisance, right the way up to the national infrastructure.

We have therefore set about pulling a community of industry, government, researchers and users together to identify those challenges and look at ways to address them. That work gets a public airing on May 6th – and what better place to start than the home of the codebreakers: Bletchley Park.

So if this is a topic which is of more than casual interest to you and your company has a commitment to security I invite you to make contact with me direct and “we” invite you to come along, join the discussion and influence the future of IoT security at Bletchley. We’ve limited room at such a significant location unfortunately so if you’re serious please do not delay in registering.

Can we really do this from a UK base?

I’ll give the final word to our Prime Minister:

“We are on the brink of a new industrial revolution. I want the UK to lead it.”